Humans have been enchanted by dreams and visions for millennia. We want to believe that our dreams may unlock hidden meanings and mysteries in life; cultures throughout time have featured many attempts to interpret what dreams might mean. Science has proven rather dismissive of dreams and visions, attempting to understand them in terms of our brains processing data while we are unconscious. How should Christians understand dreams and visions?

As in all matters of spirituality we do well to first explore the purpose of dreams and visions as seen in the pages of Scripture. In both Old and New Testaments God has communicated to certain people in dreams and visions.

The Scriptures record many instances in which God communicated to people in dreams. In some circumstances God directly spoke to people in dreams, most often about a specific situation the person was facing at the time. God warned Abimelech about taking Sarah as a wife in a dream (Genesis 20:3-7), and likewise warned Laban against harming Jacob in any way (Genesis 31:24). When Solomon was in Gibeon God appeared to him in a dream and asked what he wanted; the wisdom for which Solomon asked in a dream was given to him in reality (1 Kings 3:5-28). The angel of the Lord appeared to Joseph in a dream three times: the first to give him confidence so as to marry Mary, the second to warn him to get away to Egypt to avoid Herod, and the third to warn him away from living under Archelaus (Matthew 1:20, 2:13, 19-22).

God also sent dreams to his servants and to rulers which required interpretation but spoke of things that would come to pass. Joseph and Daniel were both justly famous for having been given dreams and the ability to interpret dreams. Joseph’s dreams about his family were able to be understood without difficulty in interpretation (Genesis 37:5-11). He was able to interpret the dreams of others, and they all involved what would take place in the immediate future: the cupbearer’s restoration, the baker’s execution, impending abundance and then famine in Egypt (Genesis 40:1-41:37). Daniel was able to see and interpret Nebuchadnezzar’s dream through the revelation of the God of heaven, and it spoke of the kingdoms to come (Daniel 2:1-46); God would give Daniel dreams and visions of beasts with a similar interpretation (Daniel 7:1-8:27). 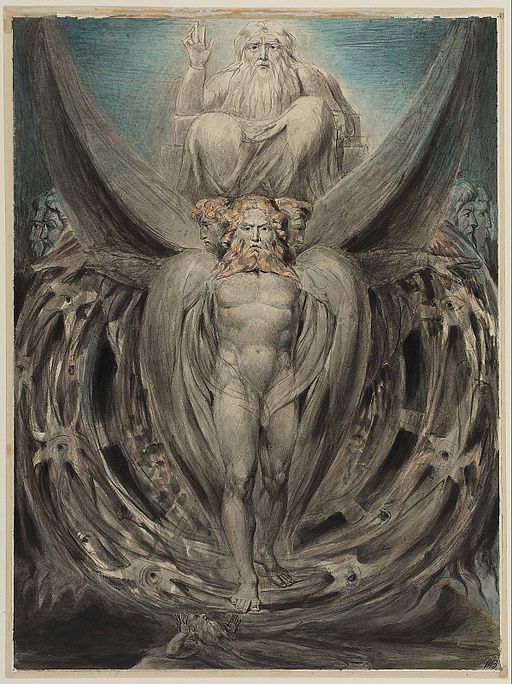 Visions are often closely related to dreams; God would send both, and while many visions were in dreams, other visions took place while a person was conscious or semi-conscious (Numbers 12:6, Daniel 1:17, 2:28). God granted visions to many people for different reasons; nevertheless, they all were corroborated by events which would take place or by other forms of revelation. God provided assurance of His covenant with Abram in a vision (Genesis 15:1ff). In the days of Eli and Samuel there was no frequent vision; nevertheless, God gave a vision to Samuel in which He summoned him thrice and prophesied doom for the house of Eli (1 Samuel 3:1-15). Isaiah and Ezekiel saw visions of God in heaven (Isaiah 1:1, 6:1-13, Ezekiel 1:1-28); most of Ezekiel’s prophecies featured some sort of vision. In the New Testament the Transfiguration of Jesus before Peter, James, and John is called a vision (Matthew 17:1-9). Peter is given a vision of unclean animals; the Lord Jesus told him to kill and eat; after Peter protested, Jesus told him that what God has cleansed he is not to call common (Acts 10:9-17). Peter was initially perplexed about the vision’s meaning, but through revelation from an angel and the Holy Spirit he discerned that God was calling him to preach the Gospel to Cornelius and other Gentiles; the vision was the first in a series of revelations which made it clear that God had cleansed the Gentiles and granted them the repentance that leads to life (Acts 10:17-11:18, 15:7-11). The Bible ends with a grand vision, the Revelation of God given to John, setting forth the impending struggles of believers and the victory of God in Christ through images simultaneously fantastic and yet consistent with what the people of God beforehand had experienced (Revelation 1:1-22:21).

Just because something was a vision did not necessarily make it unreal. There is great continuity between the heavenly scenes seen by Isaiah, Ezekiel, and John; Paul speaks of having been taken up into Paradise, the third heaven, in which he saw things unable to be described in human language (2 Corinthians 12:1-10). Elisha’s servant’s eyes were opened and he saw horses chariots of fire (2 Kings 6:15-17); the servant may be seeing a vision, but the vision proves more real than what we imagine reality to be.

Therefore it is evident that God did communicate with people through dreams and visions in Biblical times. That communication, however, was not always for the best, nor was every claimed dream and vision really from God. In 1 Kings 22:19-23 Micaiah son of Imlah described a heavenly vision he saw in which God revealed how He would entice Ahab to meet his doom: a lying spirit from God would enter the prophets to deceive him. The prophets warn the people about those who have claimed to receive dreams and visions from God but do so falsely (Jeremiah 23:32, 27:9, 29:8, Lamentations 2:14, Ezekiel 13:9, Zechariah 10:2). Paul warns Christians about giving heed to those who trust in visions and give devotion to angels but do not hold fast to the Head who sustains His Body, the Lord Jesus (Colossians 2:18-19).

As Christians we do well to be careful about claims regarding dreams and visions. We have every confidence from Scripture that whatever messages God would communicate in dreams and visions would be consistent with what He has revealed through other means and would work to encourage and sustain Christians in Christ; yet on what basis should we expect Him to continue to communicate in such ways? He has made known His will for mankind in Christ and has communicated through the witness of the Apostles all things we need in order to accomplish His purposes (Acts 1:8, 2 Timothy 3:15-17). We do well to heed the wisdom of the Preacher:

For in the multitude of dreams there are vanities, and in many words: but fear thou God (Ecclesiastes 5:7).

May we all honor and revere God and seek to accomplish His purposes in Jesus Christ!